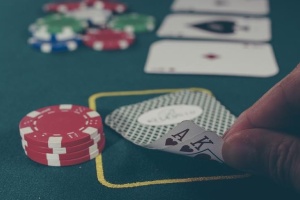 The well-known expression says that “the house always wins”. But even if the odds are on the casinos’ side, there are many ways to make money by trying your luck at roulette, playing cards, or spinning at the slot machines at the top online casinos. Today, most of the population has already surrendered to games of chance, and the British love to play through the Internet. But long before we got “hooked” on best online roulette and sports betting, there were talented and intelligent men who made a lot of money by deceiving casinos… Today, we are going to meet 5 epic cases of players who entered the casino with a plan and left with many thousands in their pockets!

When it comes to “cheating the casino”, the first thing that comes to mind is the card count. This method is now banned in most casinos in the world, due not only to its popularity but also to its effectiveness. But after all, who invented this clever way to trick the system and win (almost) always in Blackjack? The man behind this revolutionary method is the American Edward Thorp, who developed a genius system during the 1960s, shortly after he first entered a Las Vegas casino. A math teacher with a master’s degree in physics and an above-average education, Thorp became convinced that math would have an answer for Blackjack as soon as he realized how the game worked.

If Edward Thorp never used his powers for evil, the same cannot be said of Louis Colavecchio, a man who was forever known as “The Coin”. Colavecchio was a talented forger with an arsenal of specialized equipment at his disposal. That’s why, in the late 1990s, he decided to start forging casino tokens. These tokens were used to play slot machines and Colavecchio was able to make counterfeits so perfect that many casinos didn’t even notice. After winning around half a million dollars playing illegally in the slots, “The Coin” was eventually caught by the FBI. But even after Colavecchio was captured, many casinos refused to believe that he had deceived them, such was the quality of his fakes.

The epic players on our list stand out for applying smart, well-planned methods of cheating. But Ida Summers, an avid American gambler from the 60s and 70s, needed nothing more than her natural charm to steal casinos all over the United States. Known for being excellent at chatting and seducing the dealers, Summers won Blackjack in ways that seem impossible! Some of his signature moves included exchanging the cards on the table for other cards, all in the face of the dealer! However, Ida Summers’ unique talent came to a tragic end when the player was caught by the FBI and tried for her crimes.

In Spain, lives one of the most epic casino players ever! Gonzalo Garcia-Pelayo did what many thought impossible when, in the 1990s, he became the first person to explore a phenomenon that would become known as roulette bias. What is roulette bias? Quite simply, it is a tactic that assumes that all roulette wheels are different and that each roulette has different odds. That is, on some roulette wheels the number 33 is more likely to come out than the number 20, for example. Based on mathematical operations and many hours of observation, Garcia-Pelayo was able to identify these secret patterns and make a lot of money in Spain’s casinos.

If there is anyone who knows how to cheat in the best slots games, that person is Ron Harris. After all, his job was to check and test gaming machines all over the United States. But one day, the American decided to apply his unique knowledge to put money in his own pocket, after discovering the secret pattern behind the automatic number generators that are found in most slots. He won a $ 100,000 jackpot with the help of a colleague in Atlantic City but was immediately caught by the authorities after his friend showed “little emotion” when receiving the millionaire prize.

The best online casinos for you