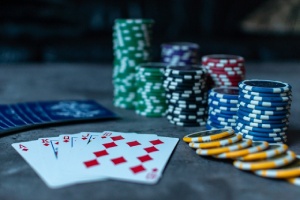 Managing the bankroll, in poker, means planning the budget to dedicate to the game, based on the limits, also establishing when to level-up and eventually level-down. But then from theory to practice, and this is where the difficulties begin because bankroll management inevitably passes through the choices made at the table.

These are some of the most common mistakes made by players while managing their finances on the top UK online casinos.

The inability to NOT fold

How many times have you folded pre-flop for a long time, until you get a decent hand? Not great, but decent, like K-10 from middle position. Three or four players just call (we’re playing cash) and it’s your turn. You think you have to do something because you have such a closed image that the first time you get a monster hand you think no one will give you action. So you raise but despite your tight image the button re-raises.

You immediately have the urge to fold, knowing that in all likelihood the button has a range that dominates your hand, as well as having the position advantage. Instead, you call, because somehow you feel obligated, given the circumstances described. Obviously, this is a mistake that negatively impacts your bankroll.

Bluffs exist but are the exception, not the rule

Of course, bluffing is part of poker but often if a player attacks, betting and raising, it means that he really has a strong hand, especially the lower limits. Still, many players come to believe that the opponent is bluffing, even when there is all the rationale for folding. In general, and it’s human, players want to play, and therefore they tend to find excuses to do so.

True, there will be occasions when the opponent is really bluffing and calling is the right move to make. But watch out for that seductive thought that leads you to cling to any “excuse” in order not to press the fold button.

Having to bet by force

Generally speaking, aggression at the table is always a positive factor. But many players mistakenly think that betting is an automatic choice in some situations – a very dangerous belief for the bankroll.

Another example. From UTG, call with 4 -4 during a loose-passive cash game, hoping no one raises so you can play for set mining without breaking the bank. Three other players actually called, the small blind completed and the big checked.

The flop, however, is 9 -5-2. The blinds check. Even if you don’t have anything, you have a reputation for being aggressive players and you think you have to bet to maintain that image. Everyone bets and folds except the loose player on the button.

Now you think you have to bet again, and so you call again. The river, a9, causes you to show strength again by even going all-in. The opponent smiles and calls you with a weak ace. On the river, the right thing to do was check-fold. But the thought of having to bet to show strength made you lose the stack.

Not knowing when it’s time to stop

You can lose a stack of 100 big blinds with either a bad call from 100 blinds or 10 equally bad calls from 10 blinds each. It doesn’t matter if you’re losing or winning: if a call is bad, it just is. When you start thinking that losing one pot more or less doesn’t make a difference, that’s when you need to take a break. And if you can’t, stop playing completely.

Absolutely the worst bankroll-destroying thought there is.

While a lousy session does not necessarily indicate how well or badly you are playing, and even if continuing to play you may recover, it is much more likely that if you are losing it means that you are not in shape, and therefore you should stop and not to insist. The worse you play, the more you lose, the more your bankroll is affected when playing in the best live casino online.

The best online casinos for you